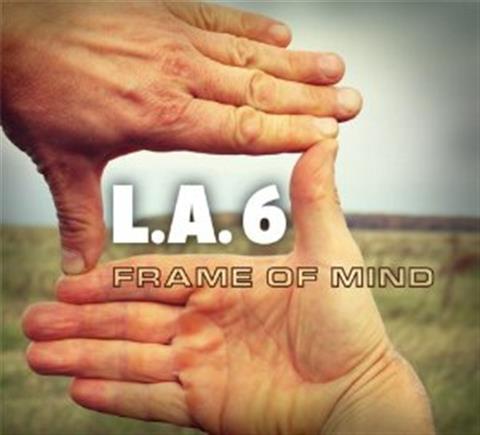 Wonder Where You Are

About "Frame of Mind"

The band members are steeped in the history of West Coast Jazz and associated studio work that largely makes up the working conditions for jazz musicians on the Los Angeles music scene today. However this group performs contemporary straight ahead jazz filled with wonderfully creative solos riding tight ensemble playing. L.A.6 exemplifies the current state of West Coast Jazz in 2014 by retaining the rich small ensemble arranging style developed chiefly in California during the 1950s (e.g., Shorty Rogers and Gerry Mulligan) coupled with a more contemporary approach to small group playing and dynamics.

The tunes are an interesting mix of standards and original jazz compositions by members of the band. Rich Eames and Tom Peterson provide the majority of actual arrangements with Clay Jenkins and Dick Weller each individually contributing an arrangement themselves. Rich Eames states "I really enjoy this band because it represents a unique mix between free wheeling improvisation and well thought out arrangements".

L.A.6 carries on the relaxed tradition of West Coast Jazz in a contemporary setting, while bringing in some more intense elements of hard-bop such as played by Art Blakey's Jazz Messengers or Wayne Shorter. According to trombonist Ira Nepus "This band represents for me the essence of artistic and creative energy that keeps me musically inspired and motivated. I feel privileged to have been a part of the band for all these years".

"Sometimes, you just want to have FUN! As a jazz musician, you just want to find the chance to play a variety of tunes with top drawer, world class players. You may want to play some tunes you know, as well as learn some new melodies, new chord changes to blow on and discover some new arrangements. And sometimes you want to sit in the audience and listen to folks pursuing the same things you want. Sometimes. And this is one of those times, and that is EXACTLY what these superb musicians are doing. It's putting a smile on my face."
John Clayton

"What a pure and simple joy it is to hear music that is played so well! Anchored by Dick Weller's swinging and inventive drumming, the band soars as an ensemble and individually with every solo. Tom Peterson has put together a collection of music and musicians that refreshingly recalls the best of west coast jazz while pointing towards future horizons. Bravo."
Peter Erskine